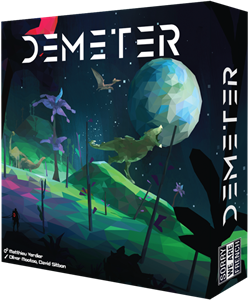 Demeter - Bordspel
Demeter is a standalone flip-and-write game that features the same graphic style and is set in the same universe as the publisher's earlier game Ganymede. You are a scientist and you just boarded a ship departing from Ganymede to Demeter 1. Demeter, a red dwarf planet, has two twin moons: Demeter 1 and Demeter 2. 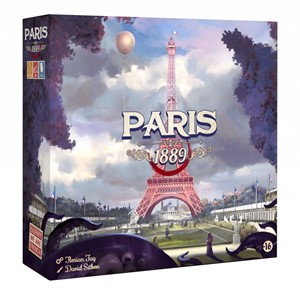 Paris 1889 - Bordspel
Paris 1889 is a co-operative narrative game, a follow-up to Greenville 1989 in which each player represents a character who has survived the supernatural events of Greenville and decides, ten years later, to investigate further by going back in time to find and hopefully close the gate to the monsters realm. 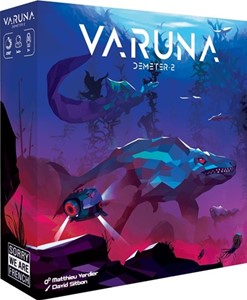 Varuna - Demeter 2
3 years have passed since the exploration of Demeter 1 has begun. Chahrazads expedition is a great success and funds to explore the second moon of Demeter have been allocated by New India.