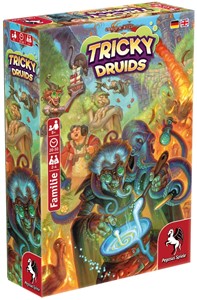 Tricky Druids
The players in Tricky Druids spend all day collecting ingredients for their potions, but because they're so super nice, they give each other gifts all the time. In the game, each player brews potions in their huts hidden from everyone else, and each potion needs special ingredients to succeed. 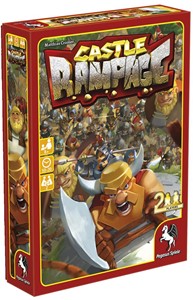 Castle Rampage - Card Game
Castle Rampage is a quick and entertaining tower defense card game, in which both players are the attacker as well as the defender. Each turn, they have to consider which part of their castle to reinforce and how many cards to play in order to tear down the opponents castle walls as quickly as possible. 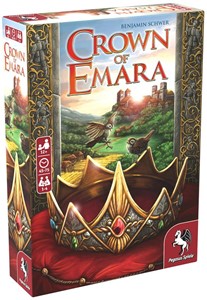 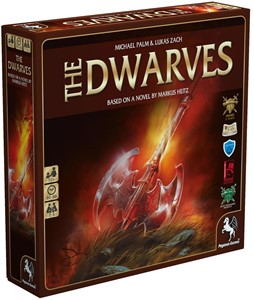 The Dwarves
The world of The Dwarves will come to life on your gaming table in this cooperative game due to its atmospheric illustrations and detailed plastic dwarf figures. There are several difficulty levels to choose from, from easy to heroic. 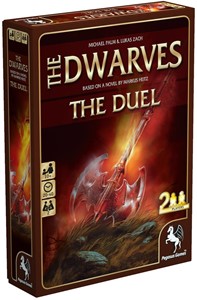 The Dwarves - The Duel
The decisive battle between good and evil has started and you are right in the middle of it Take up arms as a defender of Girdlegard or lead the forces from the Perished land into the final war. 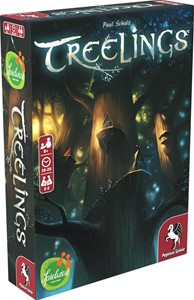 Treelings (Engels)
In the world of Treelings, construction is well and truly underway in preparation for the annual firefly festival Beautiful, glowing swarms of fireflies may be released only from the highest towering platforms in the city during the upcoming summer solstice. 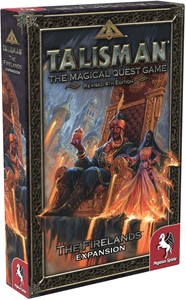 Talisman Revised 4th Edition - The Firelands
Talisman: The Firelands includes four new characters: the Dervish, the Warlord, the Nomad, and the Jin Blooded. New terrain cards reshape the land in the wake of the Ifrit's destruction, and three new alternative ending cards offer players different ways to engage in the endgame. 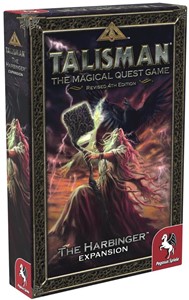 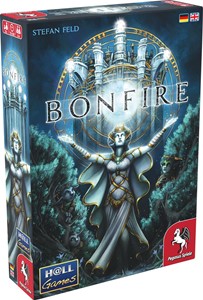 Bonfire - Board Game
The magical Bonfire have died out, the ancient cities are abandoned, the world has sunk into twilight. The Guardians of Light, who once watched over the Bonfires, have withdrawn to distant islands. There they wait for those who prove worthy to banish the darkness. 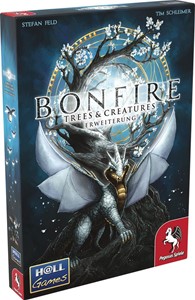 Bonfire - Trees and Creatures
In Bonfire: Trees Creatures, the story continues, with players being able to expand the base game with three modules that can be combined with one another, in addition to being able to add a fifth player. 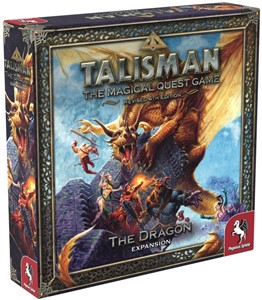 Talisman Revised 4th Edition - The Dragon
The Dragon brings to life six new characters to confront the draconic challenges that lie ahead. Over 300 new tokens and cards expand the Draconic Lords' influence over the land of Talisman and weave each Draconic Lord's story. 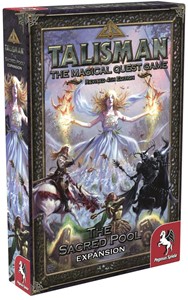 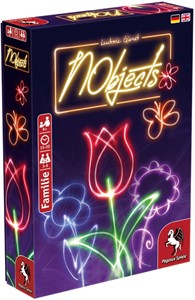 Nobjects
In Nobjects, a die and a card that shows six topics determine what you need to draw for other players to guess, but you're not drawing with pencils, chalk, or other materials. Instead, you draw solely with your fingers on the table, creating a picture with invisible lines that others try to put together in their heads to guess. 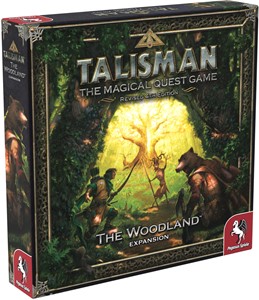 Talisman Revised 4th edition - The Woodland Expansion
Big expansion for Talisman 4th Revised edition (ENG)The unearthly Woodland is the home of the fae, and beneath its watchful boughs, you'll uncover treasures and threats beyond your wildest dreams. 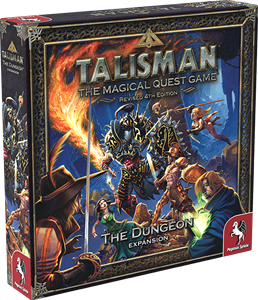 Talisman 4th Edition - The Dungeon
Talisman: The Dungeon adds a new Region to the game for heroes to explore. A custom-fitted map board and over 100 new cards bring this subterranean realm vividly to life. 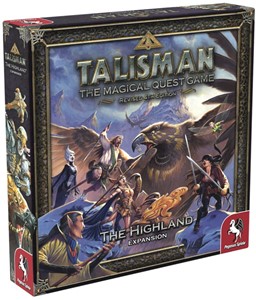 Talisman 4th Edition - The Highland
Talisman: The Highland adds a new Region to the game for heroes to explore. A custom-fitted map board and over 100 new cards bring this mountainous realm vividly to life, while six brand-new characters, each represented with a superbly detailed plastic miniature, offer fantastic new playing experiences. 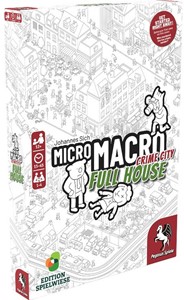 MicroMacro Crime City - Full House (Engels)
Crimes have taken place all over the city, and you want to figure out exactly what's happened, so you'll need to look closely at the giant city map (75 x 110 cm) to find all the hidden information and trace the trails of those who had it in for their foes. MicroMacro: Crime City Full House includes 16 cases for you to solve. 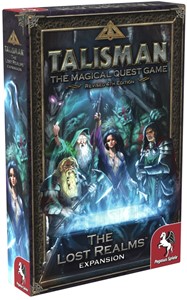 Talisman Revised 4th Edition - The Lost Realms
Talisman: The lost Realms Expansion allows you to travel between the Dungeon and the City regions by venturing into the dark, dank, and haunted passages that connect them. 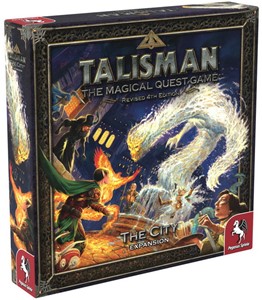 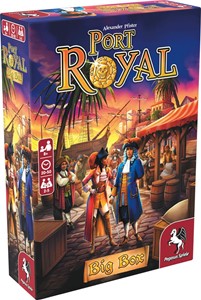 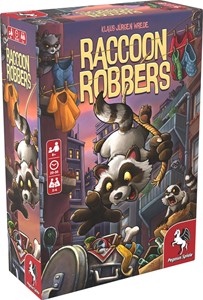 Raccoon Robbers - Board Game
In Racoon Robbers, players and their raccoon boss try to be the first to reach the golden trash can. To do so, they climb up the 3D houses with their raccoons by using cards. For risky jumps, points are awarded, which can be used to move the raccoon boss. 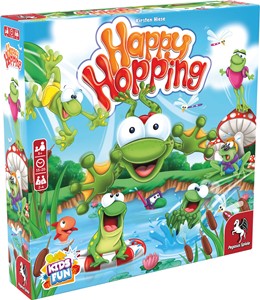 Happy Hopping
What a hustle and bustle In Happy Hopping, the frogs jump into the ponds left and right. Everyone is on the hunt for colorful mosquitoes. Whose frogs can catch the most of them? Over the course of eight rounds, the players try to complete tasks to collect chips. 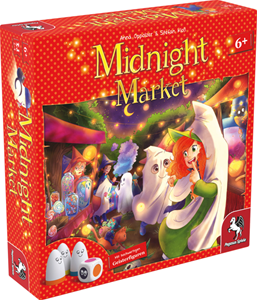 Midnight Market (Engels)
The Midnight Market is finally taking place again But only adult wizards and ghosts are allowed to visit. Bad luck for the students from the nearby school for magic because it is the only place to buy wonderful delicacies and magical pets. You can even find the rare Vanishing Stars there. Ghosts use them to make themselves invisible. 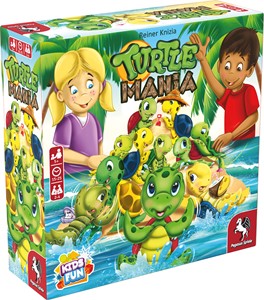 Turtle Mania
On a crisp but sunny day turtles quite understandably prefer the beachs warm sand over the cold sea. Unfortunately not all turtles will fit on the small Turtle Island. In the game players try to help the turtles find a place on the beach and avoid pushing them into the ocean.