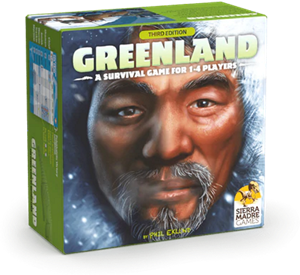 Greenland (3rd Edition) - Board Game
This new edition of Greenland includes the Sea Sami expansion pack so it is playable with up to 4 players. The four players in Greenland represent the Tunit (Player Green), Norse (Player Red), Sea Sámi (Player Blue), and Thule (Player Yellow) tribes inhabiting Greenland from the 11th to the 15th centuries. 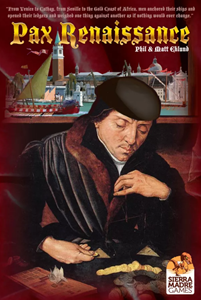 Pax Renaissance - Board Game
Pax Renaissance is a card game where you play as bankers in Europe, 1460-1530. As a Renaissance banker, you will finance kings or republics, sponsor voyages of discovery, join secret cabals, or unleash jihads and inquisitions. Your choices determine if Europe is elevated into the bright modern era or remains festering in dark feudalism. Pax Viking - Board Game
Pax Viking is a strategic, historical game about the lesser know Vikings that traveled eastwards. These adventurers and explorers primarily came from Sweden and were for most parts merchants and skillful opportunists when it came to the use of both shining silver and sharpened steel.