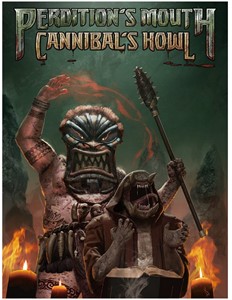 Perdition's Mouth - Cannibal's Howl
Mogba'gh is a feared shaman, a ju-ju man with unparalleled powers and even here, far away from the nature spirits of the ancestral forest, Mogba'gh wields abilities beyond normal comprehension. It's said that he is not an albino by birth, but rather became one due to a botched witchery.