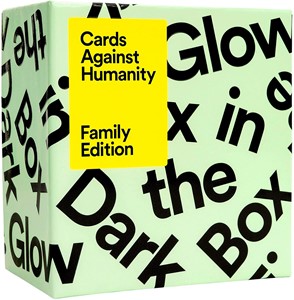 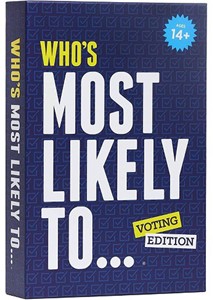 Who's Most Likely To - Voting Edition
- 250 prompt cards to cast your vote on who in the group is Most Likely To...have a picture with the most famous person, be the responsible one, know how to use a fax machine, and more - Share stories, reasons and give evidence of why you voted for someone in the group. - Also includes 6 dry-erase boards, 6 markers, and 6 clean-up cloths 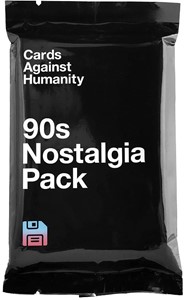 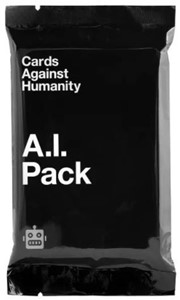 Cards Against Humanity - A.I Pack
Whos funnier: our human writers, or a computer? We taught a computer to how write Cards Against Humanity cards and on Black Friday 2019, our writers battled this powerful card-writing algorithm to see who could write the most popular new pack of cards. In the end, the computer lost and and the writers kept their jobs. Barely. 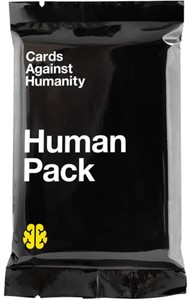 Cards Against Humanity - Human Pack
Whos funnier: our human writers, or a computer? We taught a computer to how write Cards Against Humanity cards and on Black Friday 2019, our writers battled this powerful card-writing algorithm to see who could write the most popular new pack of cards. In the end, the humans won and kept their jobs. Barely. Here's the expansion pack the humans wrote. 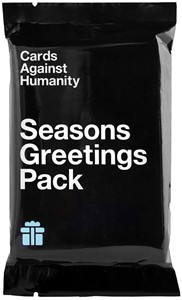 Cards Against Humanity - Season Greetings Pack
Ho ho ho. This holiday season, you can show your loved ones that you value them at exactly $5 when you grab the Seasons Greetings pack. It contains 30 cards themed vaguely around winter and holidays. Hey, we tried, OK? This is an expansion pack, so you need to buy Cards Against Humanity first. 30 cards that are vaguely holiday-themed. 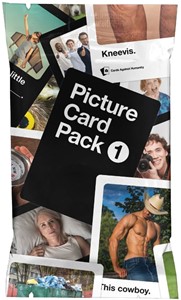 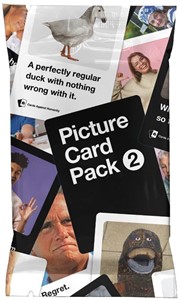 Cards Against Humanity - Picture Card Pack 2
Cards Against Humanity is a party game for horrible people. The game is simple. Each round, one player asks a question from a black card and everyone else answers with their funniest white card. They say a picture says between one and twenty words. The brand-new Picture Card Pack 2 contains 30 cards with absurd stock photos on them. 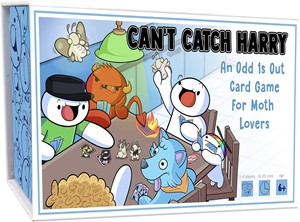 Cant Catch Harry - An Odd 1s Out Card Game
Cant Catch Harry is a fast paced card game that comes with collectors cards from the popular Youtube channel The Odd 1s Out. The deck is made of characters your friends and family will recognize. Youll spend many game nights trying to catch Harry before he and his friends are pulled into the lull of the Lamp (bug zapper). 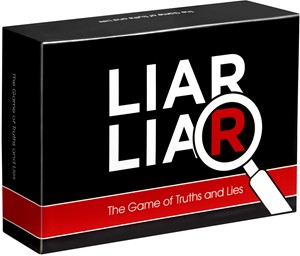 Liar Liar - Party Game
Can you guess which one of your friends is lying? Each round players tell a truth or a lie - depending on their assigned role. Players score points when other players incorrectly identify their truth as a lie - or their lie as a truth. Theres always a liar 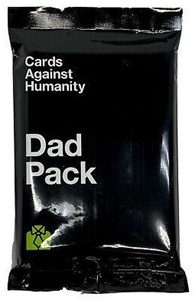 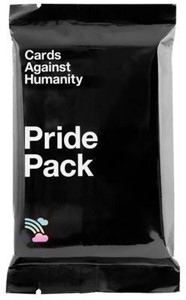 Cards Against Humanity - Pride Pack
Its Pride Month, the time of year when companies put a rainbow on their products to capitalize on gay culture. Fabulous Here's the Pride Pack. 30 cards that completely encapsulate the queer experience. Written by an elite squad of lesbians, bisexuals, gays, trans people, allies, and unicorns. 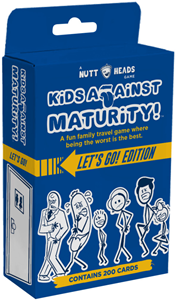 Kids Against Maturity - Lets Go Edition
Finally The award winning Kids Against Maturity comes in a travel edition. A fun and easy way to get your dose of jokes on the go. The Let's Go Edition comes with 200 Answer and Question cards. Thousands of hilarious combinations for all ages to enjoy. Family vactiion will never be the same again 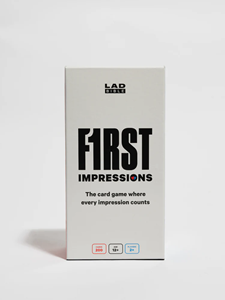 LADbible - First Impressions Game
Introducing First Impressions, the party game, by LADbible. The way the game works is simple (but heaps of fun), draw from a pile of notorious celebs and random scenarios and act out the combination for your team to guess. Could you impersonate Donald Trump reading a bedtime story? Or Kermit The Frog on a Zoom call? Perhaps not so simple...