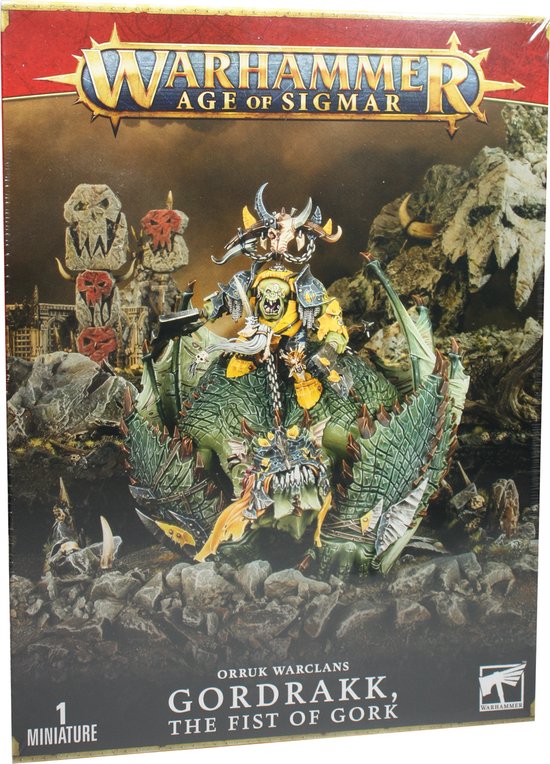 Above all the clatter and clamour and yelling and bellowing of the Ironjawz, a single voice dominates. This particularly loud and brash orruk is Gordrakk, the Fist of Gork – undisputed boss of bosses, known to all as an unstoppable force of absolute destruction and the herald of the next Great Waaagh!. Notable for his sheer ferocity and vicious cunning, Gordrakk wields twin axes – Smasha and Kunnin’, once part of a single great axe called the Worldchoppa, but broken in two to make them more killy – and rides a belligerent, murderous Maw-krusha.

This Maw-krusha, Bigteef, is claimed by orruk legend to have been hewn from Gordrakk’s massive surplus of raw brutality. This multi-part plastic kit contains the parts needed to make Gordrakk, the Fist of Gork. An awesomely over-the-top model covered in the scars of battle, he features huge metal teef, a missing eye, and comes laden with the trophies you’d expect from a lifetime of battle (he’s quite partial to killing Stormcast Eternals, as you can see.) His steed, the magnificent Maw-krusha known as Bigteef, comes with his own special helmet and a blade strapped to his tail – all the better for killing. This kit contains 63 components, includes a Citadel 160mm Round base, and can be optionally assembled as a Megaboss on Maw-krusha.
toon meer 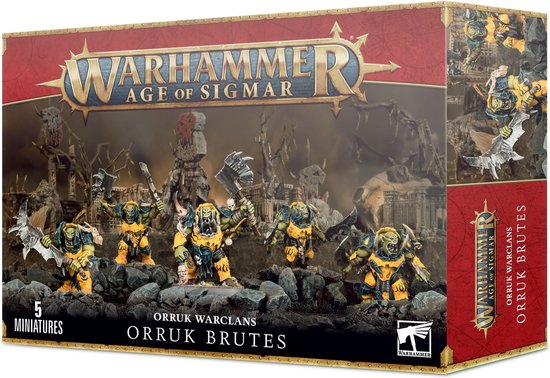 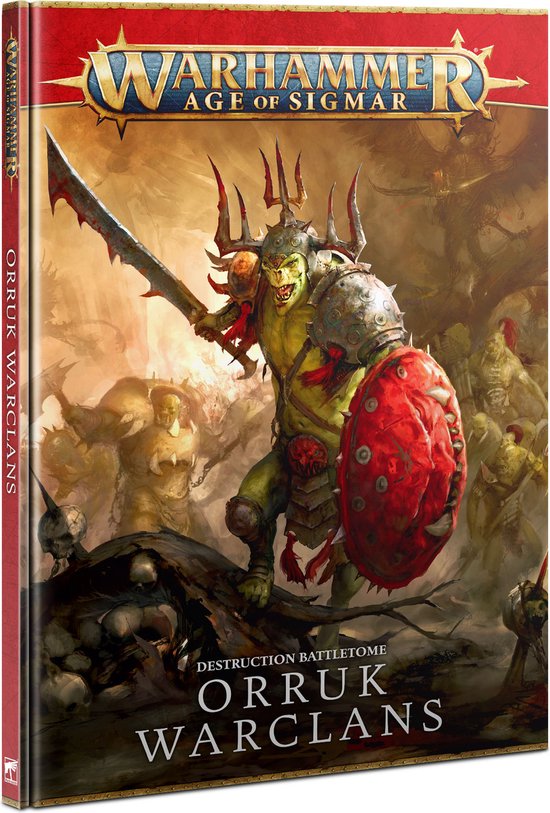