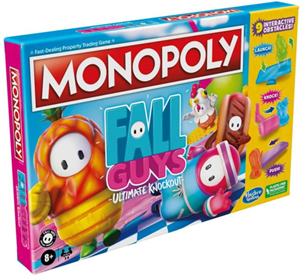 In this exciting edition of the Monopoly game, players buy up as many Rounds as they can. The more Rounds they own, the more Kudos they can collect. Players move around the board as a Fall Guys character token, performing wild actions such as jumping, grabbing, and falling to victory Besides dodging the 3D obstacles, players collect valuable Crowns when passing Go, and roll the Knockout die to change gameplay. The Monopoly: Fall Guys Ultimate Knockout Edition game makes a fun birthday gift or holiday gift for players ages 8 and up.

The Fall Guys mark, logo and characters are trademarks of Mediatonic Limited. © 2022 Devolver Digital Inc. The Hasbro, Hasbro Gaming, Parker Brothers, and Monopoly names and logos, the distinctive design of the gameboard, the four corner squares, the Mr. Monopoly name and character, as well as each of the distinctive elements of the board and playing pieces are trademarks of Hasbro for its property trading game and game equipment.
toon meer 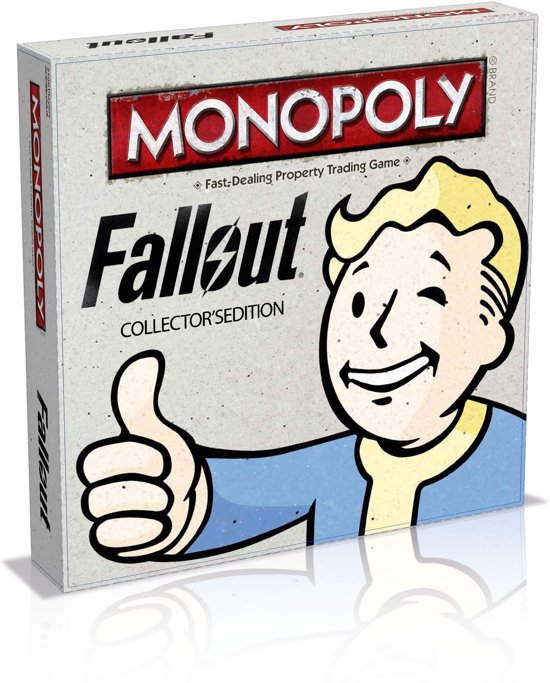