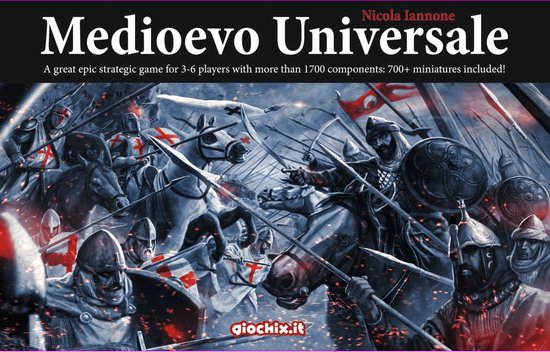 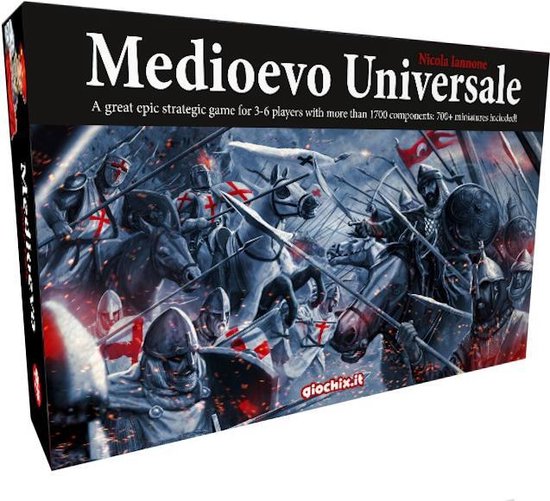 During the 13th century A.D., the Middle Ages were slowly coming to an end. The Pope and the Empire, the two universal powers that dominated the previous centuries, were breaking apart. Science and technology were beginning to flourish again. Society was rapidly changing, as cities revived and gained autonomy while the feudal system was starting to crumble. In Medioevo Universale, you have to lead one of the great kingdoms of those times, while taking control of trade, diplomacy, infrastructure development, scientific progress, and military strategy.

Build forts and fortifications, bring war to your enemies, conquer new lands, discover new technologies, expand your commerce, repel the barbarians on the frontiers, recruit armies and fleets, forge alliances, and defeat your opponents in battle! Medioevo Universale is a game full of components (more than 1700!) with many aspects to manage, deep interactions with other players, and the ability to give you an immersive experience in the medieval era.
toon meer