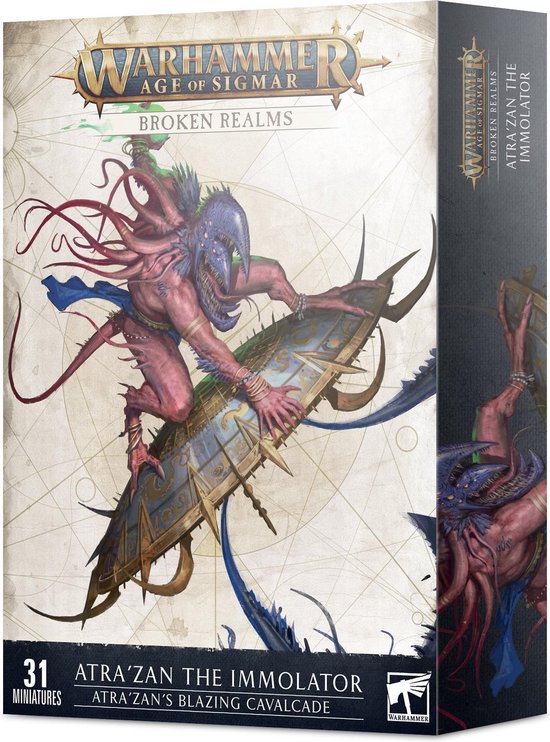 Atra'zan the Immolator seeks to engulf the Mortal Realms in an arcane firestorm. To see this done, he's assembled a troupe of daemonic pyromaniacs who surge into battle like a living inferno, delighting in the agonised screams of burning mortals and the stench of charred flesh.

Drown the battlefield in a shifting tide of multicoloured madness with this horde of gibbering daemons and their diabolical master.

Combine the models in the set with the rules found in Broken Realms: Be'lakor, and you'll be able to field the Atra'zan's Blazing Cavalcade warscroll battalion for a Disciples of Tzeentch army, transforming them into Atra'zan the Immolator and his cohort of ever-changing horrors. This box also saves you money compared to getting the models separately, and as with most Chaos Daemons, they can be used in games of Warhammer 40,000 as well as Warhammer Age of Sigmar. 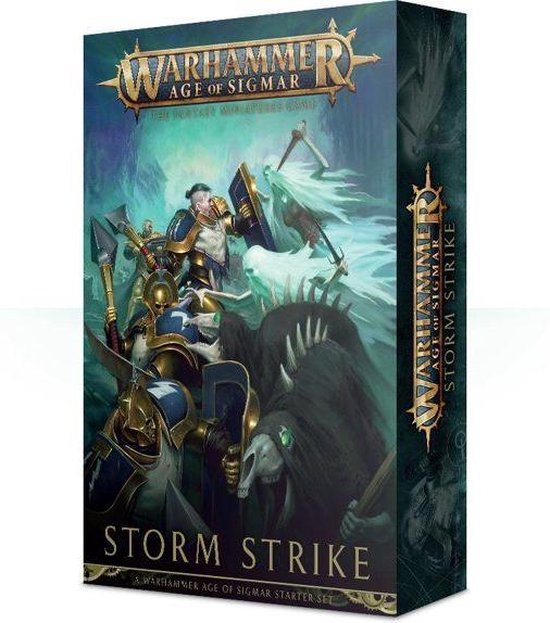 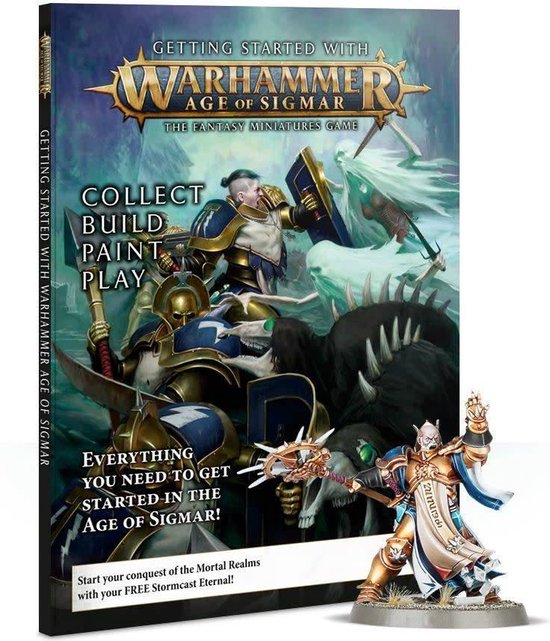 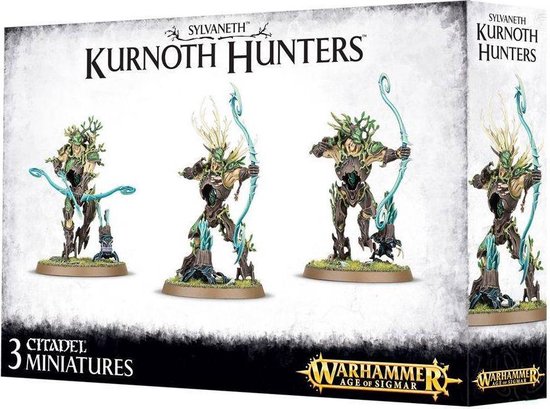 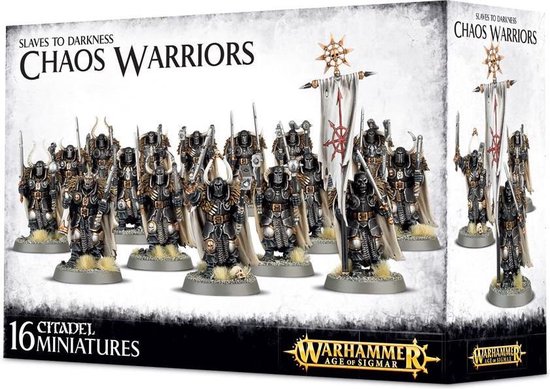