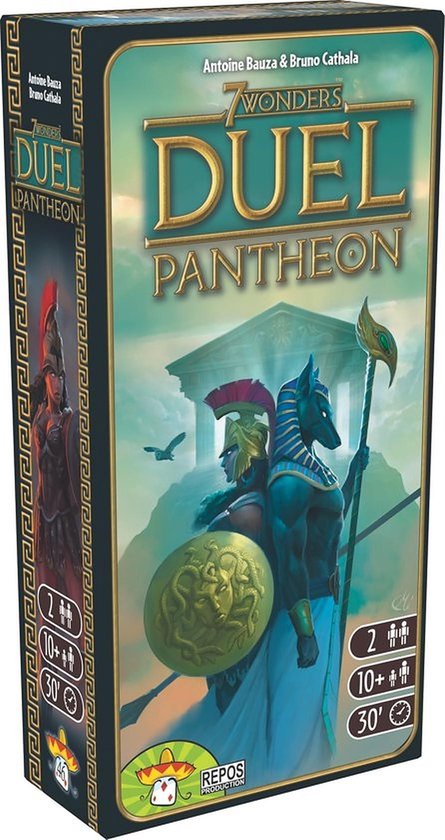 A pantheon from several civilizations — including Greek, Egyptian, and Middle-Eastern — gets added to 7 Wonders Duel in 7 Wonders Duel: Pantheon, with each god having its own power to help you or hinder your opponent.
During Age I you collect mythology tokens — which allow you to choose which deities have a place in the Pantheon — and during Age II you collect offering tokens, which help you court those deities. Then, during Ages II and III, you can activate a god or goddess in the Pantheon instead of taking a card from the pyramid.

To do so, you pay whatever that god or goddess demands from you in offerings, then place it next to your city.
With Isis on your side, you can use a card from the discard pile to construct one of your Wonders for free. Zeus, whose nod determines what happens and what does not, enables you to discard any single card from the card structure that you want, as well as any mythology or offering token that may be on it. The Phoenician goddess Tanit, whose people were renowned for trade, fills your coffers with twelve pieces of gold. Enki, the Sumerian god of crafts, technology, and creation, lets you choose one of two progress tokens. Minerva's ability to stop the conflict pawn from moving toward you can assist with a military victory or save you from military defeat.
What's more, instead of adding three guild cards to the deck for Age III, you add three of five Grand Temples. Each Grand Temple belongs to a different Mediterranean culture, and if you possess a mythology token from that culture, you can build the temple for free. These temples are worth a total of 5, 12, or 21 points, depending on how many you build.
7 Wonders Duel: Pantheon also includes two new Wonders: the Sanctuary (which gives you an additional turn and allows you to invoke deities at a reduced price) and the Divine Theater (which grants points and access to additional gods).
toon meer 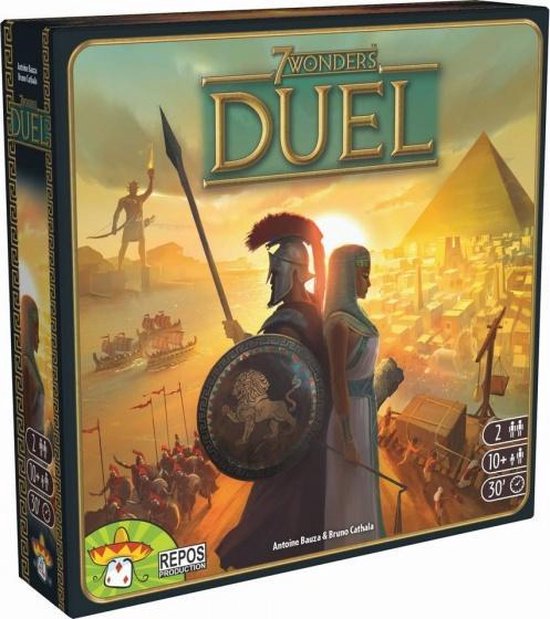 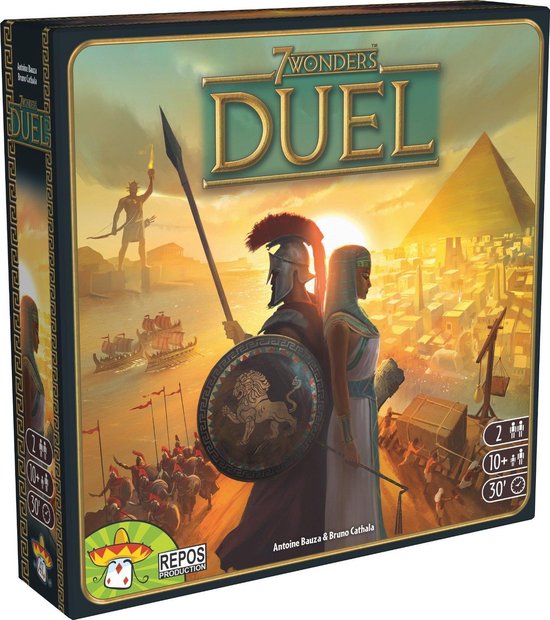