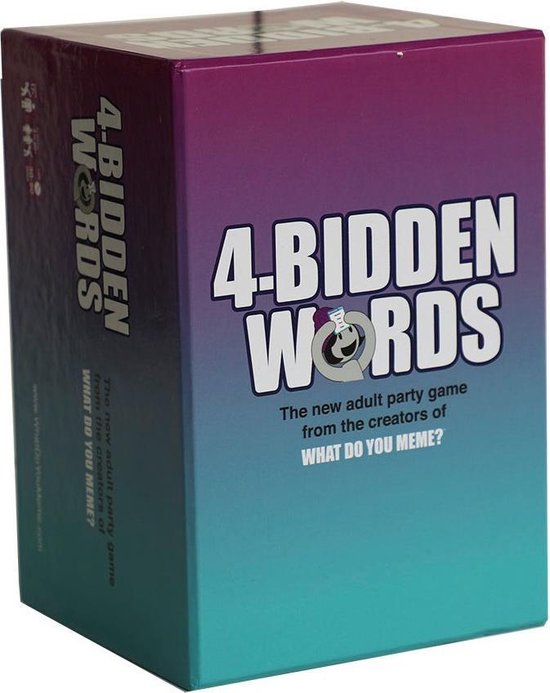 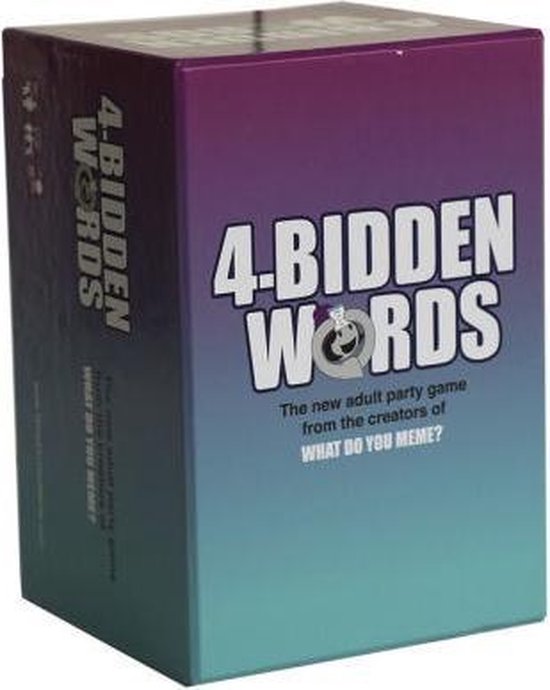 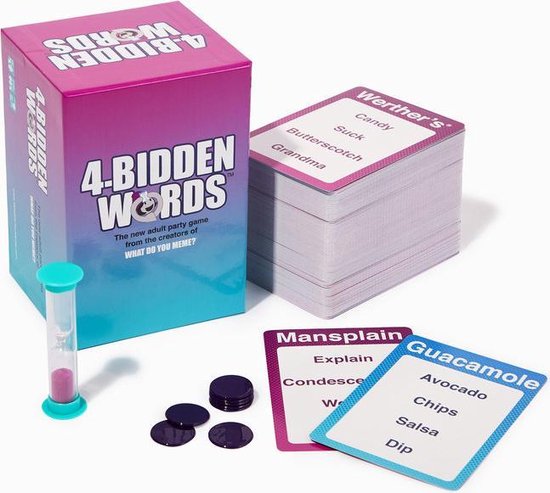 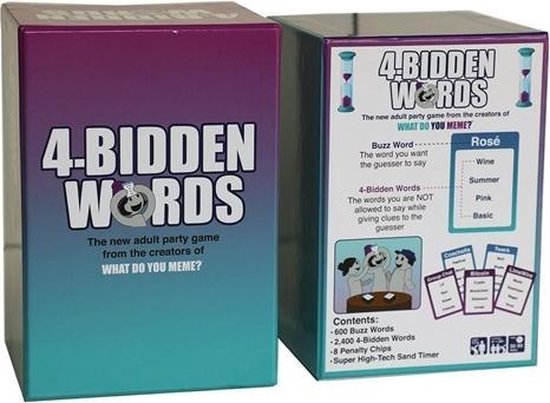 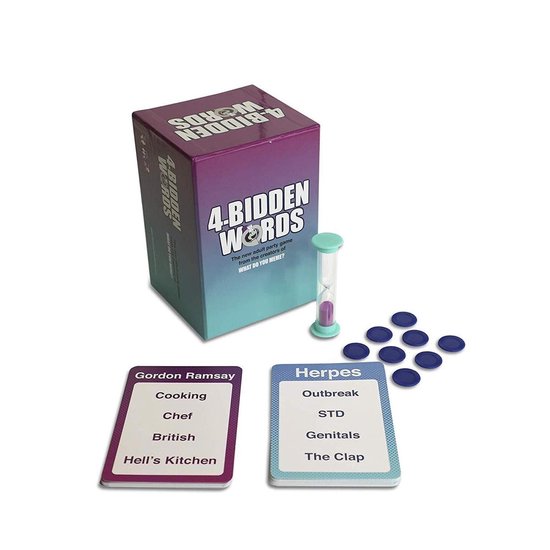 Adult party game by the creators of What Do You Meme?
Shuffle up the cards, break into teams, and decide which team and player goes first.
During a round, play alternates between teams. One player on a team (the guesser) selects a card and places it on his/her forehead without looking at the words. A sand timer is flipped and the round begins with 60 seconds on the clock. Then other players must give clues to get the guesser to say the Buzz Word on the card. The tricky part is that each card displays four 4-Bidden words that you can't use for clues.


If they correctly guess the Buzz Word, keep going: grab a new card and keep playing until the timer runs out.
If a team member accidentally says a 4-Bidden word, a Penalty Chip is dealt. Penalty Chips subtract 1 point from your team's overall score. Aside from the 4-Bidden words, teams can also earn penalties for spelling out the words, rhyming, and acting things out.
Winning is based on how long a game you wish to play,
Quick: Earn 10 points.
Normal; Earn 25 points
Marathon: Earn 100 points.
Contains 600 Buzz Words, 2,400 4-Bidden Words, 8 penalty chips, and a sand timer.
toon meer 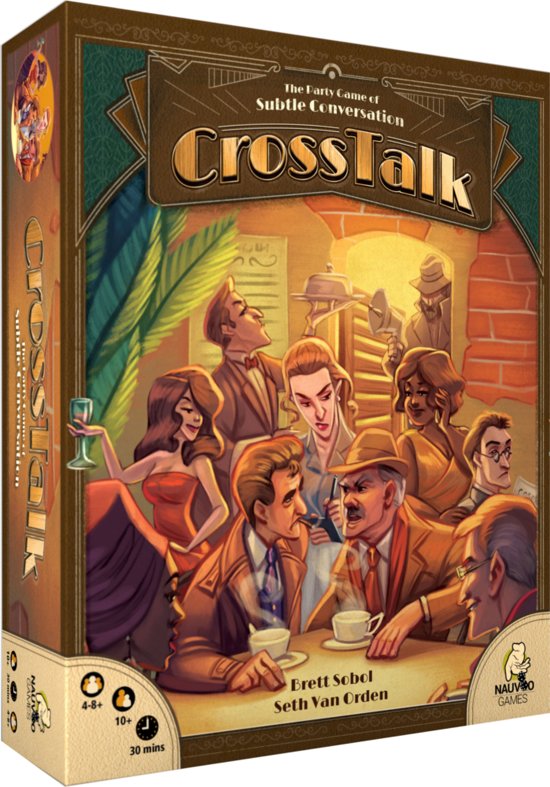 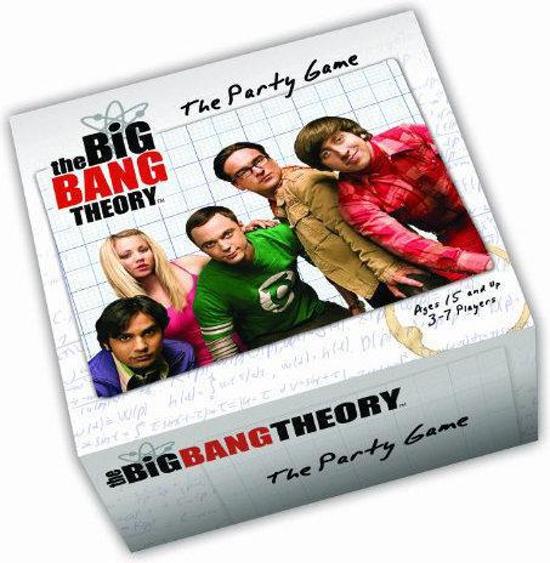 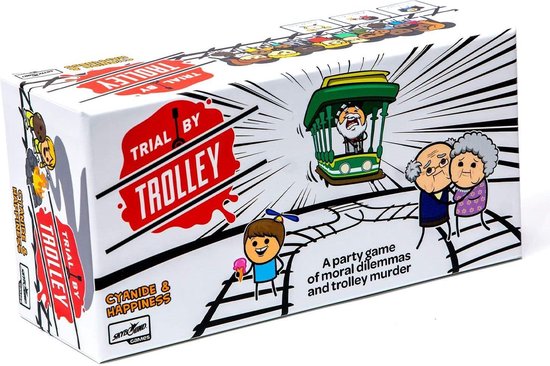 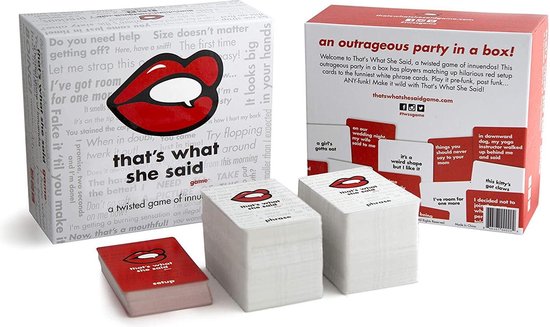